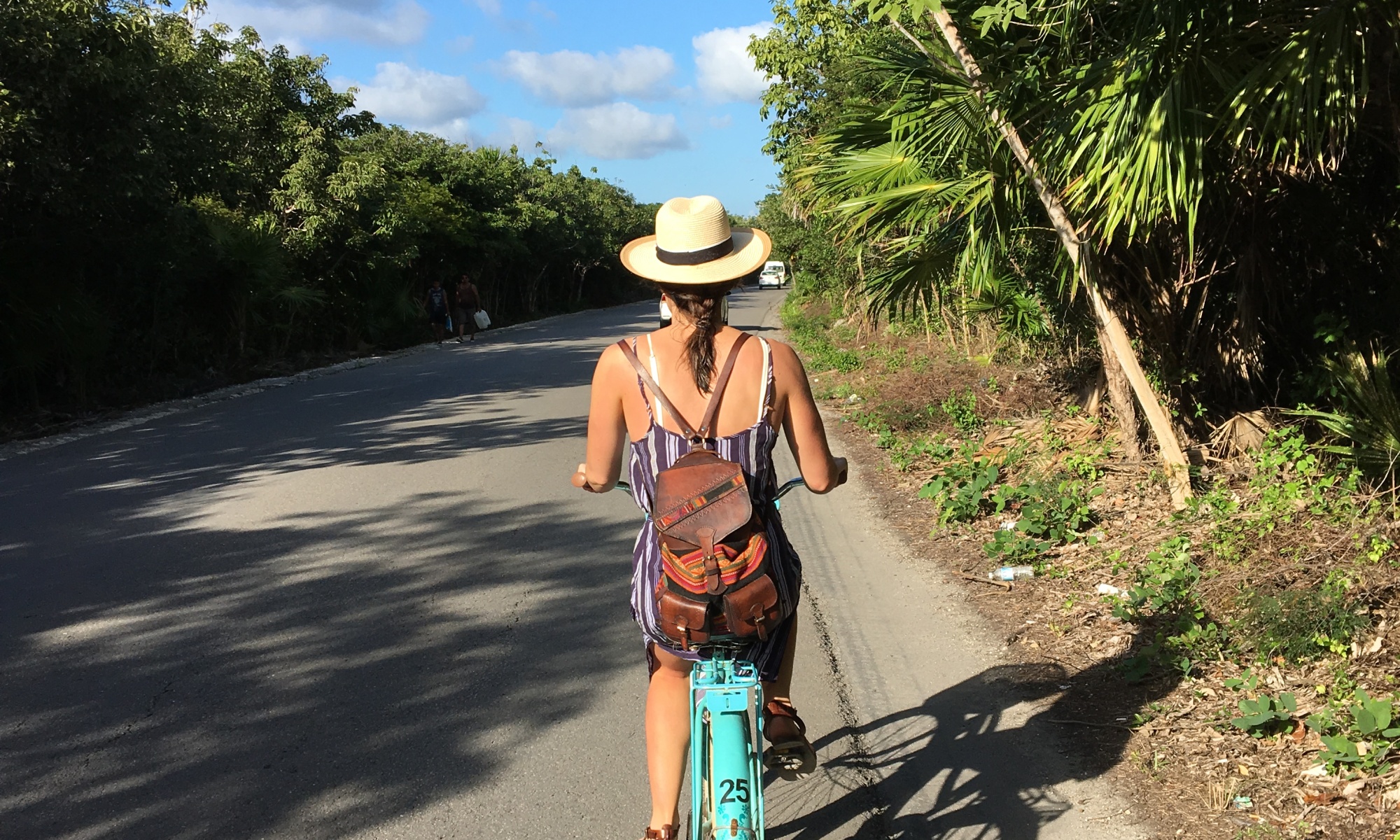 As of a few months ago, I am twenty-three years old. And even though this age still makes me (relatively) a very young person, I have also left my childhood behind. I work, am financially and emotionally independent, and like to think I contribute in some way to society.

However, even though my days of not paying my own bills are behind me, I don’t completely want to ever abandon the ways of my childhood.

Children, for the most part, have no fear, no judgement, and no pretenses. They also possess a sense of wonder and curiosity about the world around them until they are forced to focus by school or society. And THOSE are the traits, I’m looking to keep.

When I try new things, I don’t want the fear of failure to be what holds me back. For example, rock climbing has actually really helped with this. I watch the little kids go up these enormous, difficult walls like it’s nothing and part of their success comes down to the fact that they aren’t afraid. So I’ll tell myself – if they can do it, so can I.

The other major attribute has to do with wonder. I am naturally a bit of a cynic, but I would really hate to never be impressed by anything! When I travel, I want to be amazed and awed by great structures and incredible food. I see so many adults just pass things by with a “been there, done that” attitude and I NEVER want to let things pass me by.

The other part of this is the continued learning. Kids don’t know anything yet, consequently, they are learning all the time. Once you become an adult, you get good at a few things and it’s not necessary to learn all the time. But I’m convinced that’s how your brain dies. Dramatic, I know, but if you never learn anything new, your brain can never make new connections and you won’t continue to grow. It’s almost like you’re dying from boredom very slowly, and that sounds like the worst way to go.

As I’ve gotten older, I’ve realized that life can get more and more monotonous, but only if you let it. It’s really easy to slip into a routine, get really good at that routine, and never wander outside it. I’ve talked about this in a different post, but doing what I just described scares the absolute shit out of me. I am TERRIFIED of becoming complacent, and I believe part of avoiding it is to preserve some so-called ‘childish’ traits for as long as possible. Obviously, this also works as a great excuse to sing disney songs at the top of my lungs until my dying day. 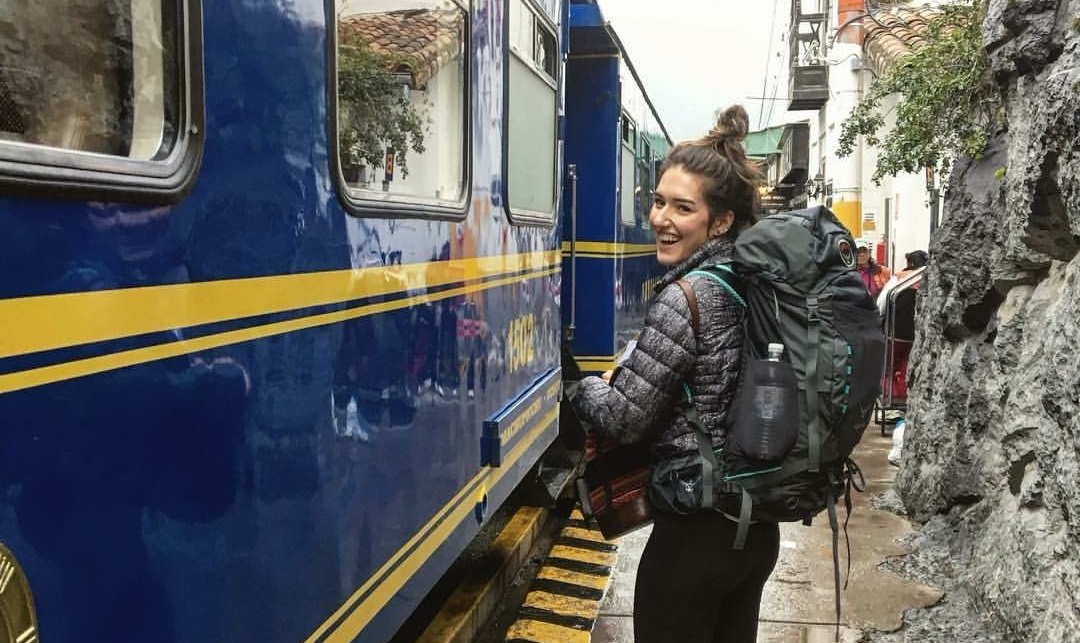 I was going to write about my personal travel bucket list this week, but a few days ago a colleague brought an extremely troubling statistic to my attention. He told me that only 10% of Americans have valid passports. I was confounded by this and immediately looked it up. That’s way too low, right? Well turns out that even though the number isn’t quite as dire as 10%, there are still only 41% of Americans that have valid passports. Not horrible, but definitely not great. That means that out of 325 million people nearly 170 million of them don’t have a passport and have thus probably never been outside the country.

I recognize that I may find this surprising because I grew up relatively privileged, with a passport since birth so that I could travel to Greece to visit my dad’s side of the family. I used to think that the people who didn’t travel simply didn’t because they were too scared or too unsure about how to plan or afford it. And while I do understand that there are financial and emotional burdens to undertake in getting a passport and in overseas travel, I also know that those obstacles only account for a fraction of the 170 million who don’t have passports. This number has to include people who don’t even have a base desire to go anywhere outside their home country and that is unimaginable for me.

Obviously, I am a travel nut. I love to see new places, experience new things, and explore different cultures. I think an inordinate amount about dropping everything to become a travel blogger and am constantly updating my bucket list (and by ‘updating’, I mean ‘adding to it’). It is incomprehensible to me that there are people out there who have no desire to see other places. Even my most homebody type friends have at least one far away place they’d love to see someday.

The reason I believe this is important to discuss because I learned some of my most important lessons about myself and about the world from travelling. Travelling to different places is an exercise in perseverance, and most importantly, in empathy. Depending on the place you’re going, there are certain obstacles to overcome: language, transportation, etc. which all enhance problem-solving and personal creativity by figuring out ways to survive that you wouldn’t normally have to use at home. However, the more important skill, in my opinion, is the practice of empathy. It is easy to sit at home, watch the news, and believe everything you see about the rest of the world. But it is quite another to actually travel to a place, and experience it for yourself.

For example, for many people, all they know about countries like Afghanistan are that they are war-torn terrorist hotbeds. But if you look at travel blogs and videos from people who have visited, they will rave about the food or the kindness of the people. I truly believe every single place on this planet has SOMETHING to offer and it’s a terrible waste that there are so many people out there who have no desire to experience something new.

I am probably at a loss with this concept because I don’t really know too many people who do not have a passport. I know I sound like a spoiled brat, but I honestly can’t imagine having never experienced anything outside my own country. If you or someone you know doesn’t’ have a passport,  I would love to know what their reasons are for not having one or for not travelling. Since nearly 60% of Americans don’t have one, there’s gotta be a reason, right? 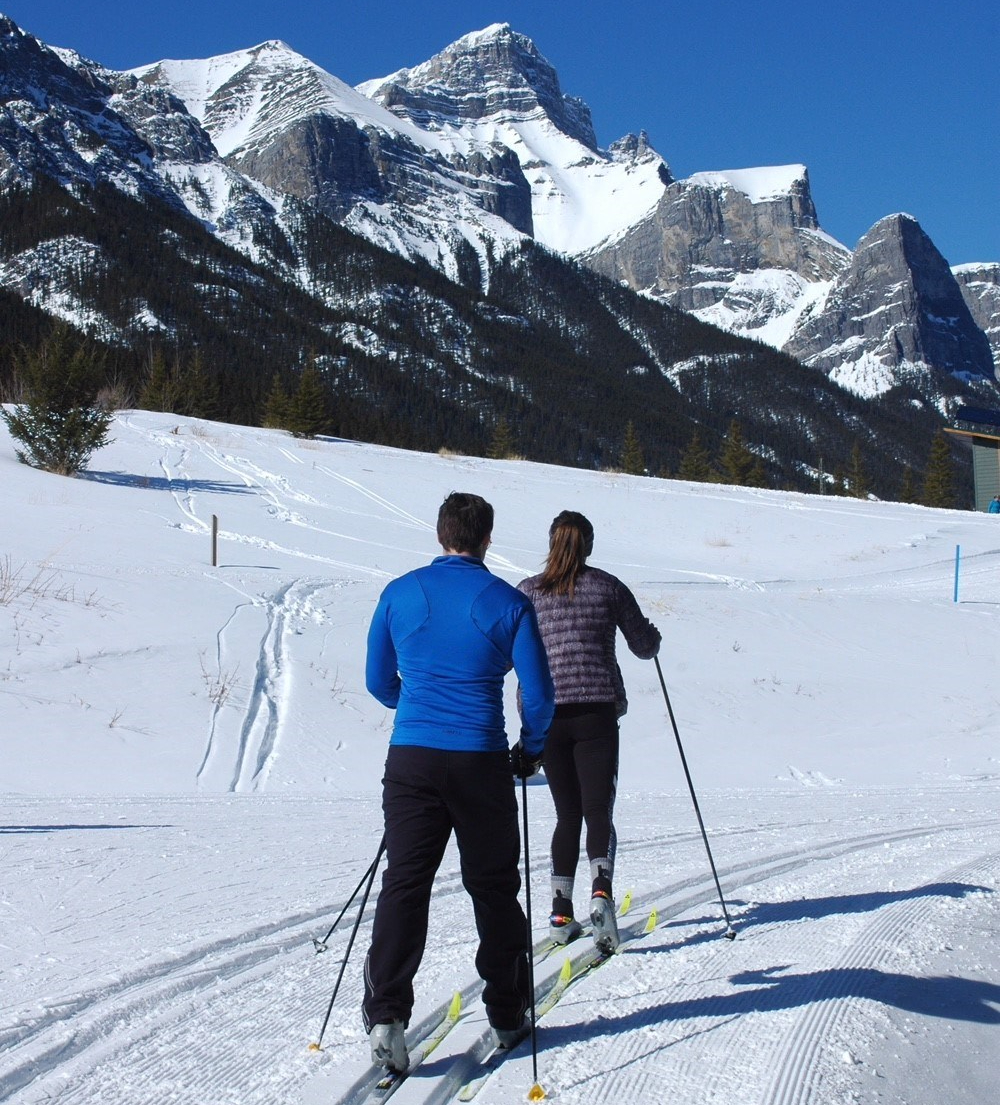 But then I lived alone for a year, and I ended up LOVING it. I got to be very selfish and live exactly the way I wanted with nobody to answer to. Alas, that couldn’t last forever, and I moved in with my boyfriend about six months ago. Nobody tells you that living with your romantic partner is a hell of a lot different than just living with a roommate.

When you live with a roommate you basically just live separate lives within a common space. Of course, you hang out, divide some chores, and lay some ground rules to keep the peace, but you don’t create a life together. So since living with my boyfriend, I’ve learned quite a few things:

To me, living together is one of the potential biggest hurdles in a long-term relationship. I mean, if you can’t cohabitate, good luck making it for the long haul. There have definitely been annoyances, fights, and teary discussions trying to figure all this stuff out. But despite the bad, and the ugly, moving in with my boyfriend was one of the best decisions. 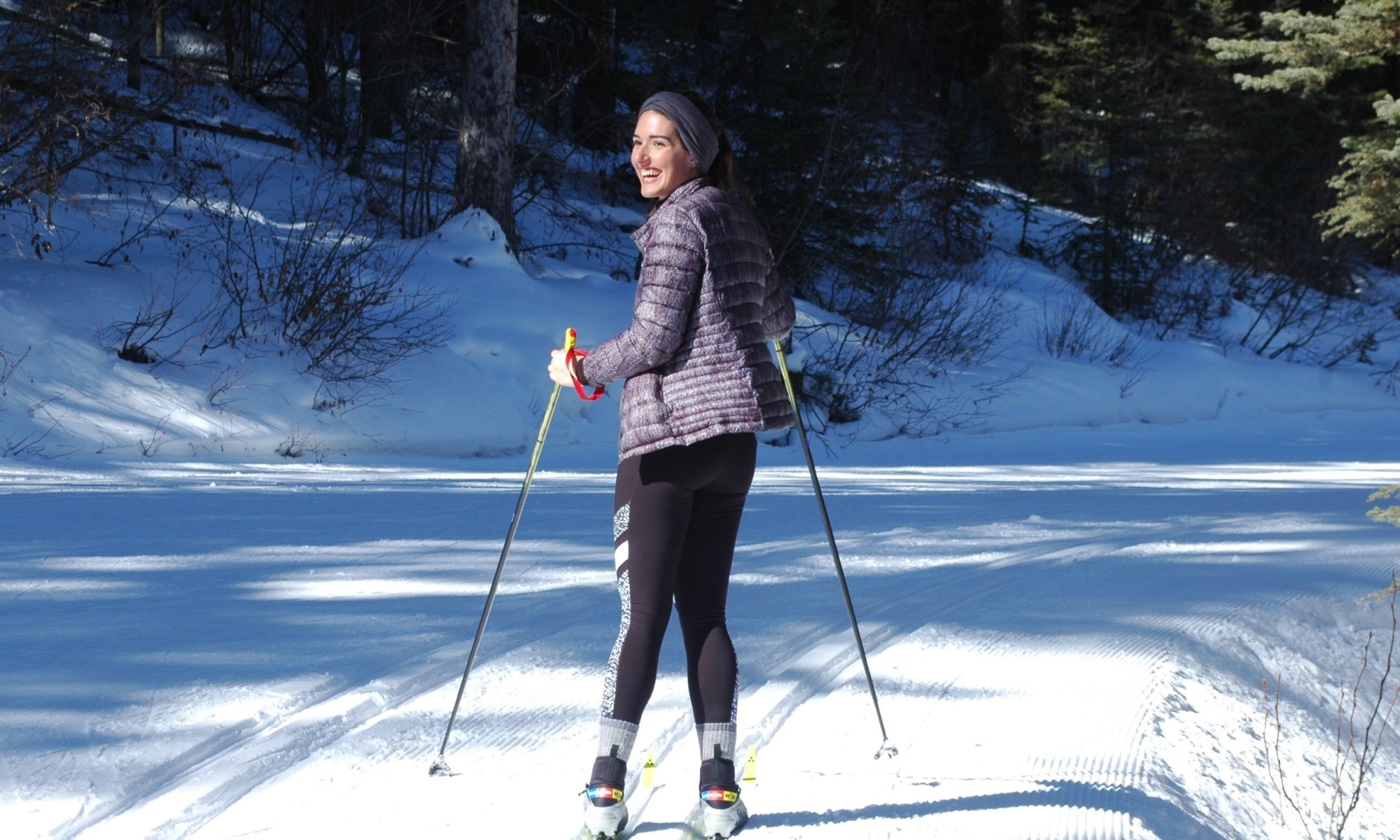 It’s been a minute since I last wrote about my move. It was at the end of January and I was finally feeling pretty positive about my relocation. I had started to make some friends, and my work life was getting increasingly busier. So busy, in fact, that I hadn’t had any time to reflect on how I was really feeling.

It’s nearing the end of six months and I’ve finally had a slow weekend to relax and think a little bit. I think I’ve started to settle into a rhythm here in Calgary.  Work has picked up a ton which keeps me busy (and keeps my stress levels engaged). I travel almost every single week, so I guess it’s a good thing I have such cheap rent now since I hardly spend time in my apartment during the week.

I’ve also really been trying to work on those friendships I started back in January. Since originally just going climbing with a couple girls a few times a week, I’ve done a ski weekend, and had some double dinner dates thrown in for good measure. I’ve gotten loads better at downhill skiing as well as steadily progressing on rock climbing, and actually look forward to being outdoors (shocking, I know).

All in all, I am starting to feel good about my life here. But that is just it – I feel good, but not great. I don’t believe this is any fault of the people I’ve met, the city itself, or even underlying homesickness. I believe it’s my own unrest that is leaving me dissatisfied.

I was talking to a friend earlier in the week and we were discussing how most people in our friend group always need to feel like we’re moving forward and part of that feeling is physically moving locations at every available opportunity. I’m particularly guilty of this (7 places in 5 years), but I can’t figure out where it stems from. I fear to stay in any place longer than a year and view part of my success synonymously with changing locations. And now that I’m past the halfway point in my lease in Calgary, I’m starting to feel myself growing restless.

Where do I go from here? I’ve conquered my fear of moving to a new city in a new country and building a life from scratch, and part of me craves doing it all over again. The other part of me simply fears growing complacent by staying in one place for too long and becoming comfortable. One of my favourite ways to challenge myself is by moving to new places and I’m terrified of ever growing too attached to a place out of convenience.

So my new questions for myself are as follows: why do I feel the need to move around? And if I don’t move, how can I still find ways to push myself?

Does anyone else feel like their success depends on moving around? Or feel afraid of staying in one place for too long and becoming too comfortable to move again? Let me know!